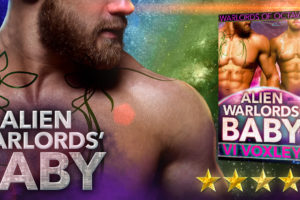 I wanted to give all of you a huge THANK YOU for all your love and support this past year. So I’ve got a little Christmas sale going on – you can get my complete Alien Warlord’s Conquest series for only 99 cents! Check it out below!

END_OF_DOCUMENT_TOKEN_TO_BE_REPLACED 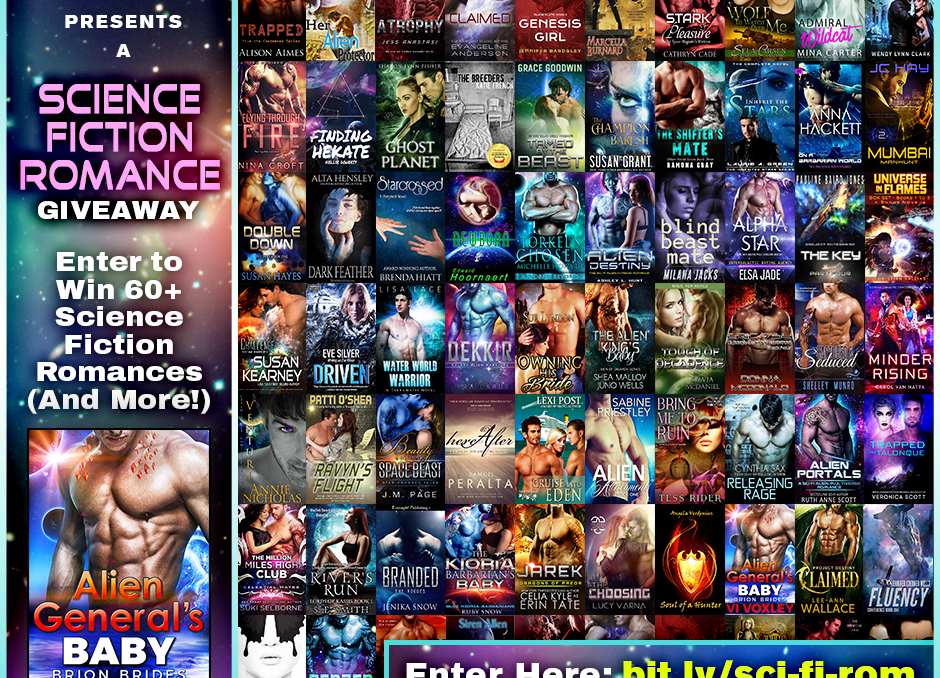 Today, I have a fun surprise that I’d like to share with you. To celebrate the end of fall, I’ve teamed up with more than 60 fantastic science fiction romance authors to give away a huge collection of novels, PLUS a Kindle Fire to one
lucky winner!You can win my novel Alien General’s Baby, plus books from authors like Anna Hackett and
Ashley L. Hunt.

Thank you to everyone who entered my contest! The winners should see an email in their inbox.

Keep your eye out for future prizes! I love surprising you guys. 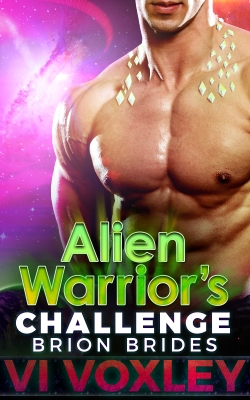 Kerven has served his duty proudly. General Braen has offered him a command and the experienced warrior is ready to tackle it without question. The only thing that could make him falter in his actions is… well, what if the right woman is at the wrong place at the right time? Isn’t that enough to make a warrior question his duty?

Paula Allen has been sent to Jumel, and there she will remain. At least until her mission is done and the cure for a deadly virus is attained. The trouble with that? Oh, just a war with an alien race that won’t back down, blocking access to the cure.

And the Brion warrior who has decided that she’s the one isn’t helping either. Now, if he wasn’t so damnably hot and convincing, maybe focusing on the fate of the universe could be easier… 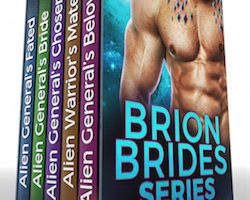 Did you know you can follow me on BookBub? It’s a great way to stay up-to-date on my releases and sales, as well as those of other authors. Just click HERE to follow!

To celebrate the launch of my latest book, Alien General’s Baby,  I am holding a Rafflecopter giveaway! There will be plenty of prizes, including: Amazon giftcards, yummy space lollipops, an autographed copy of Alien General’s Baby and your very own star named after you!

You just need to do any of the following to enter:

3) Join my newsletter if you haven’t already.

Sounds great, right? Then be sure to enter today >>HERE<<! 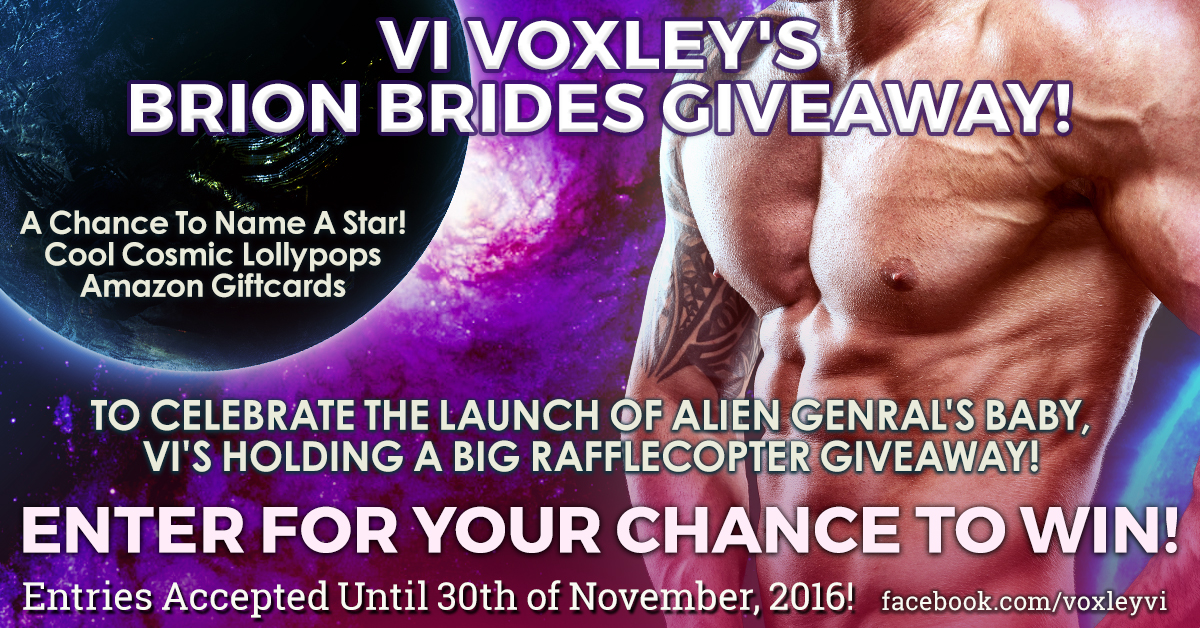 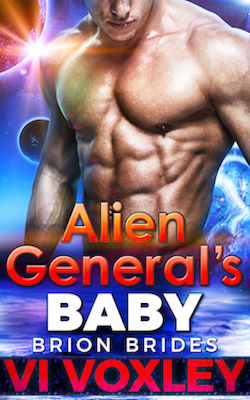 This general has more to fight for than he ever imagined…

As one of the few warriors to ever defeat the Fearless, Brion General Braen is a living legend. Yet when his greatest victory turns to his gravest defeat, the undefeated warrior has to prove himself to the universe… and himself. If matters weren’t complicated enough, his fated, his gesha, appears to him right in the middle of it all. Now, losing is not an option.

Naima is a scientist through and through. She’s seen how love can ruin a life and she wants no part of it. So when she gets pregnant by a man who only deals in absolutes while an ancient unkillable evil wishes to conquer the galaxy, she finds herself between a… well, a monster and a hard general.

With everyone’s lives in her hands, but most of all her own, her child’s and the man’s who she can’t make up her mind about, what does the scientist trust? Her heart or her mind?